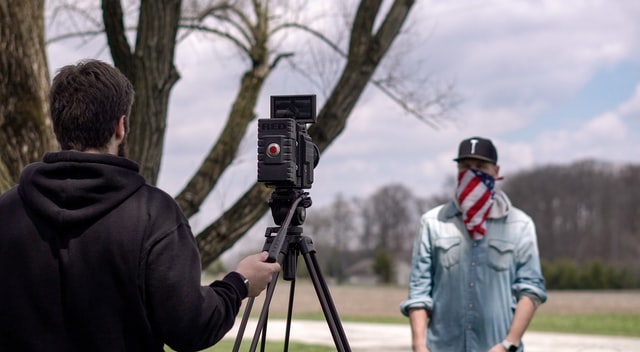 Covid19 Will Leave A Lasting Mark On Video Production

Over the last 20 years, video production has seen a handful of major catalysts for change. The internet as a viable distribution medium, digital cameras almost entirely replacing analog, The DSLR revolution, and even camera phones being used in films. A significant trend over the last two decades has been smaller crews with less gear.

Big Hollywood blockbusters have largely been spared from what I will call skinny crews, but Covid19 is going to change that. The pandemic has slowed film production and caused the cancellation of more than a few projects. The productions to come ranging from film to talking head web videos will involve some social distancing; this means smaller crews.

While crews may not always have masks on, smaller crews may stick around, even in the upper levels of film and TV. Less crew, means lower production costs. Some of the corners that will likely be cut won’t show up on the screen. A DoP may end up pulling double duty as a gaffer, and however unhappy about the extra work, is likely to get the shot in a way an audience will never notice.

For the time being, production at all levels has been hit so hard that most crew members will be willing to work double time. And we know Hollywood wants to avoid paying union rates. The failure Quibi, was likely just a way to get around union pay rates.

“Quibi aimed to use snackable, 10-minute or less “quick bites” to break up longer narratives for an on-the-go populace. This approach, in essence, also cuts a chunk out of the crew’s paychecks for no other reason than the shows’ very short runtimes.” — inputmag.com

On that level, no matter how clearly Quibi failed as a streaming service, at was successful. While the mobile streaming services investors take a tax write off, many people will make a lot of money. Why?

Well Quibi owns the licensing for the short format of the shows, however only the short format. After two years, producers, showrunners, and other intellectual property holders have the right to sell it to distributors as full-length films and TV shows. So, some people, including investors (many of whom own the rights to content on Quibi) will make money with the service’s failure.

I bring all this up to make a case for how cheap Hollywood can be concerning crew. Creating a multi-billion dollar failure to get around union rate cards, makes me think small crews are here to say even for large films.

We’ve already seen massive film success from small crews on independent films; look at the $193,355,800 gross for the film Paranormal Activity. A movie with under 18 people on set.

Paranormal Activity was at least creative in a way, most of industrial Hollywood will never be… Yet, I still expect major studios will cut the amount of crew, because COVID, and will never bring the crew back.